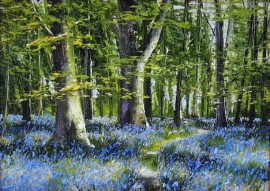 Mark Eldred was born in Hong Kong in 1964. In 1965 his family returned to the UK and spent the rest of his childhood in rural Norfolk where he was surrounded by beautiful countryside. After leaving school he studied fine art at Goldsmiths Art College and received his BA honours degree for landscape and portrait painting and photography. Then followed four years of travelling through Asia, Australia and New Zealand during which time he lived in the remote wildernesses which had a profound effect on him and gave him inspiration for his paintings. Mark then went to Ireland for a holiday in 1992 and was so overwhelmed by the unspoilt, natural beauty of the landscape that he decided to make it his home. He now lives near Killarney with his wife and children. However his parents still live in East Anglia and he visits them regularly always finding time to paint inspired by the beauty of Norfolk and Suffolk rivers and landscape. Mark has exhibited widely throughout Ireland and we are privileged to be the only gallery in the UK to exhibit his work. 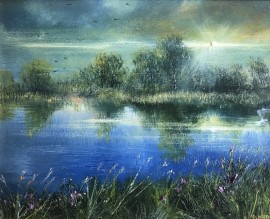 Approaching Rain over the Broads 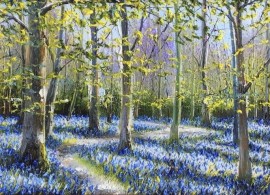 Bluebells under the Beech Trees 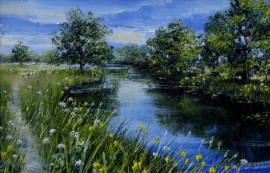 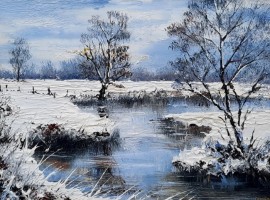 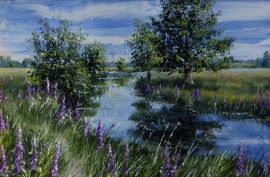 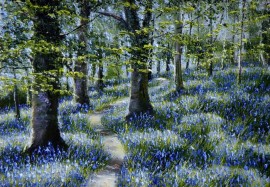 Spring Light in the Bluebell Woods 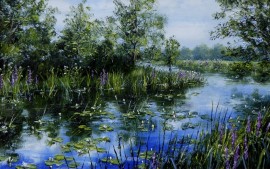 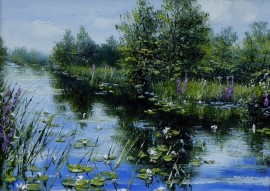 Wild Flowers along the Ouse 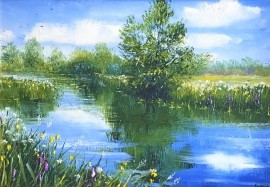 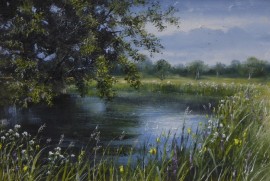 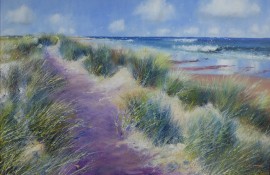 Grazing Cattle along The Stour 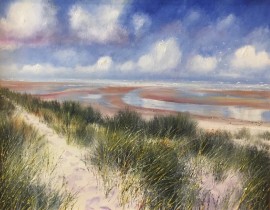 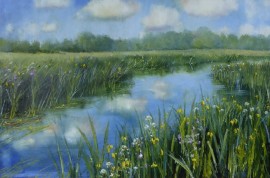 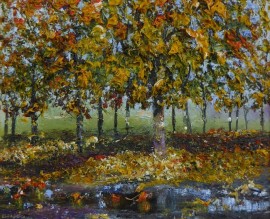 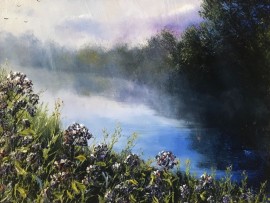 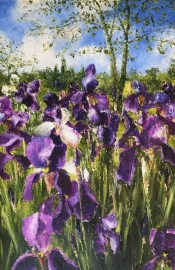 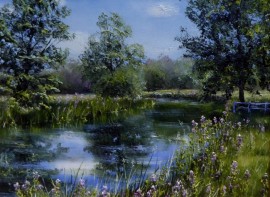 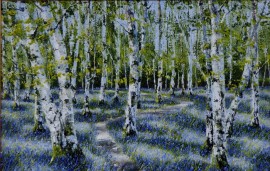 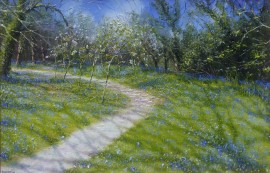 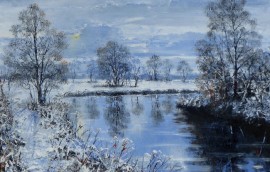 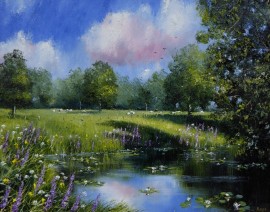 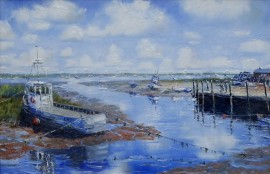 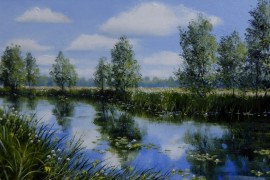 Winter Sunset Over the Marsh 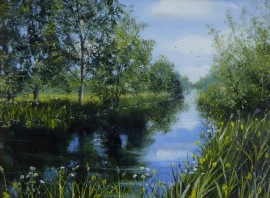 Sunset over the Norfolk Broads 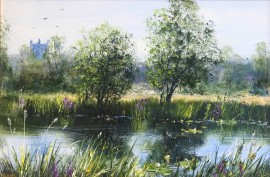 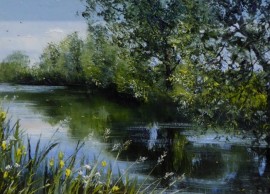 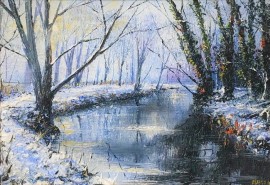