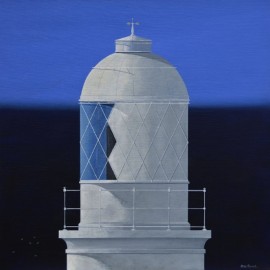 Peter Heard began painting in the early 1970's and gained international recognition from 5 hugely successful solo shows at London's Portal Gallery - one of the world's premier galleries of the 'naive' genre.
A self-taught artist and a chartered Civil Engineer by profession, his early works were highly detailed, sophisticated and intricate compositions usually depicting quintessential English villages or portraits of the eccentric English at their sports and pastimes, observed with humour and graphic wit.
Following a visit to America's east coast where he saw the giant lighthouses of North Carolina's Outer Banks, his work took a dramatic change of direction. Always fascinated by light and structure, he began a stunning collection of fabulously graphic lighthouse paintings a magnificent obsession. This now exceeds fifty and is probably the most extensive in the world. He sees these as a culmination of a 38 year career and refers to the first 25 years as 'an apprenticeship' allowing him to perfect his technique.
His work is widely collected in Britain and America with celebrity clients such as Jackie Collins and Pink Floyd's Nick Mason owning collections of paintings.
The influence of American naive Art is evident in much of his work. Flat perspective, bold colour and simple graphic forms are reference points to which Peter has added his own contemporary twist. He says of his style that my paintings work on two levels, from across the room people are drawn to them to discover on close up how meticulous, detailed and tight they are.

Cley Next the Sea 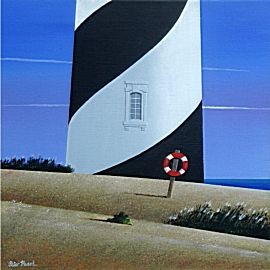 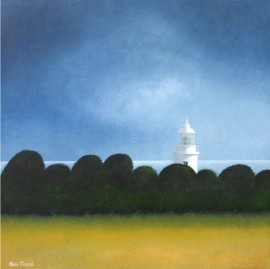 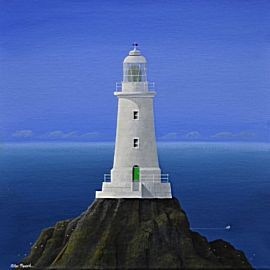 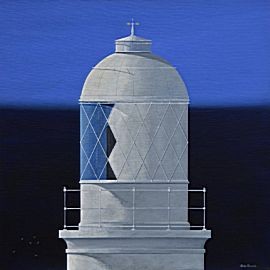 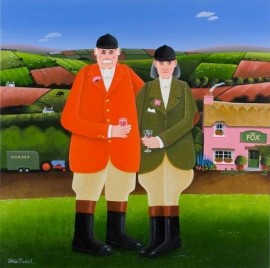 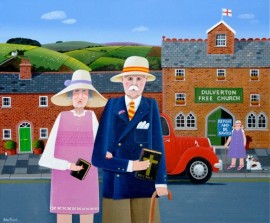 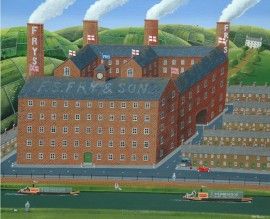 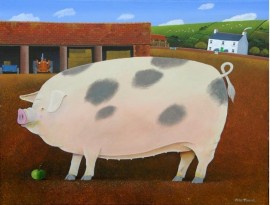 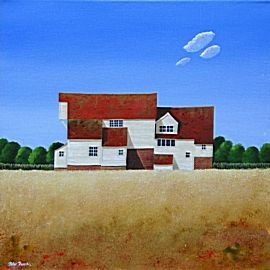 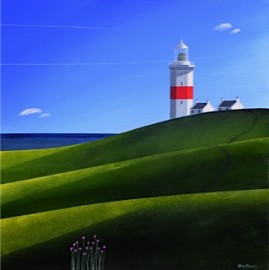 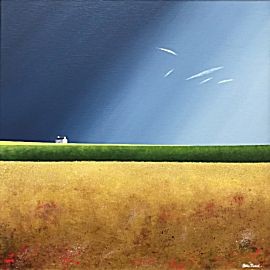 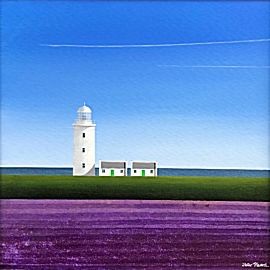 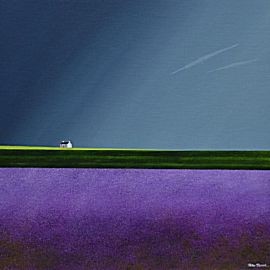 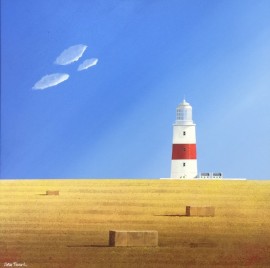 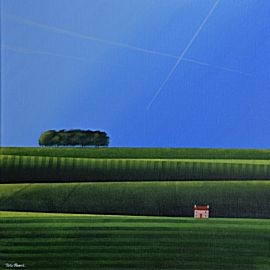 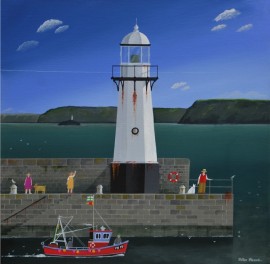 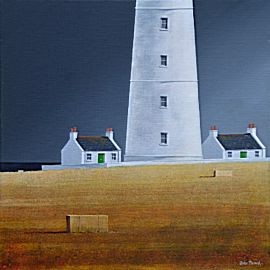 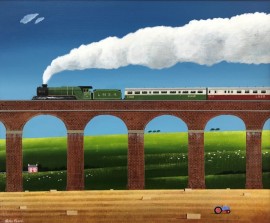