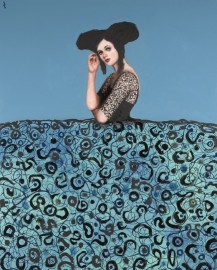 Alfredo Palmero is the third generation of a lineage of artists that began with his grandfather, with whom he shared a name and a great love for painting.
Since 1991 Alfredo has been holding personal exhibitions in some of the European Cultural hubs in cities like Barcelona, Madrid, Bilbao, Valencia, Brussels, London, Lisbon, Montecarlo and around the world Qatar, Kuwait, , Hong Kong, Panama, California, New Mexico. The public can view the most important works by the Palmero family in two private museums in Spain. Other paintings by Alfredo Palmero can be found in the private collection of the former Spanish King, Juan Carlos, as well as that of the late Duchess of Alba.
MENINAS
Whether in powerful red, vibrant orange, or gentle green, Alfredo Palmero's Meninas and their charming colours have an almost hypnotic effect. In his large-format portraits, tradition meets modernity, and abstraction collides with the paintings of the old masters. It is no coincidence that his series is named after the famous painting Las Meninas by Diego Velázquez, one of the most important portrait painters of the Spanish Baroque. Palmero shares Velázquez's love for detail as well as his unique ability to express his model's personality in just a few brushstrokes.
Palmero created his Meninas as symbols of femininity, allegories for the mysteries of women and their role in society. We seem to recognise typical female attributes in their expressive poses: Gentleness, pride, and sensuality are almost tangible. Each embodies a different disposition and symbolises a different allure - one that is reflected in the background colours. It is not only the exquisite colours of Palmero's portraits that stand out, but also the pieces' compositional nature. While the upper halves of the images follow a realistic, figurative style of painting, the bottom halves lose themselves in complete abstraction. His use of expressive brushstrokes to portray the Meninas' opulent dresses is almost reminiscent of a sketch by Miró. This contrast-rich relationship creates the distinctive charm of Palmero's works, whose beauty is matched only by that of the Meninas themselves.

Menina in Blues with Tattoo 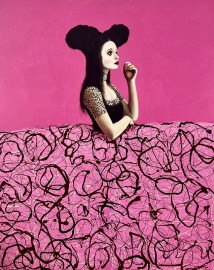 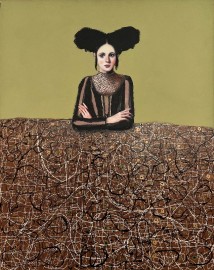 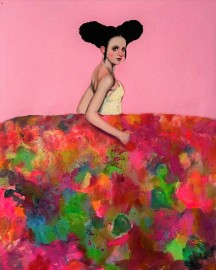 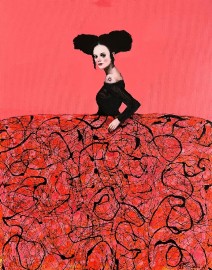 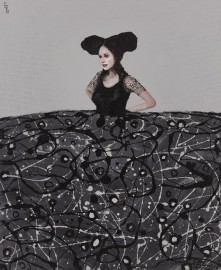 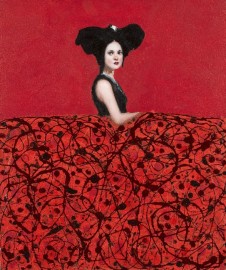 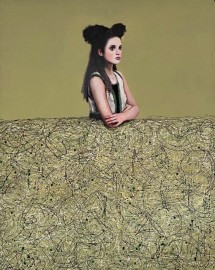 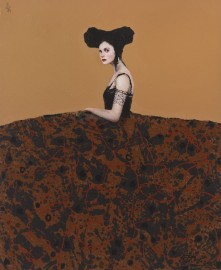 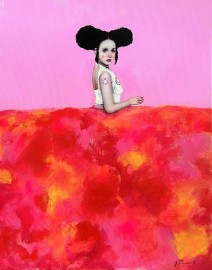 Menina in Colours with Tattoo 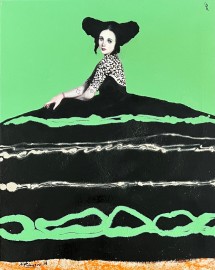 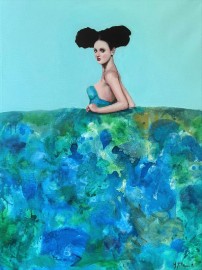 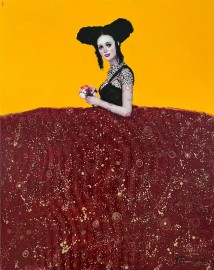 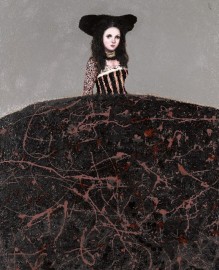 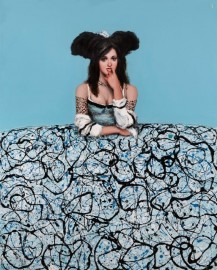 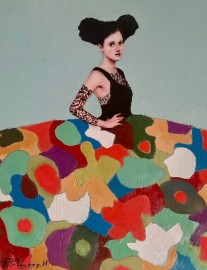