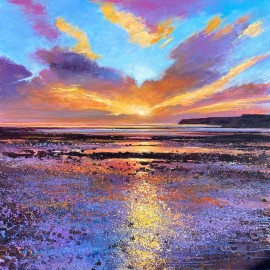 Born in Leeds in 1954, John has worked all his life within the Arts.
John taught Art and Drama for a many years before writing plays and touring with his own company, Compact Theatre,.Touring throughout the Uk and Middle East.
There was a period of time when John was acting, writing and painting, but he has painted full time since 2002 from his studio in Bolsover, Derbyshire.
John currently exhibits in over 12 galleries around the uk and has had many successful solo and group shows .

John's work has been purchased by collectors in the UK, France, Belgium, Spain, Sweden, Austria, America, Australia, New Zealand, and the Middle East.

I have a keen interest in landscape painting, the vast sweeping horizons of the Derbyshire Peak District, the rugged terrain and ever changing light over Cumbria, North Yorkshire Moors and the shorelines of Cornwall and the Isles of Scilly all provide me with a rich variety of subject matter.

I work mainly with acrylics, but sometimes mix media using anything and everything to achieve the desired effect. I use a variety of found materials, making marks and interesting textures with anything at hand. I scratch, scrape and sometimes flick or throw the paint onto the canvas to create runs and dribbles that suggest waves or interesting cloud formations. In some of my larger paintings, I include collaged materials. Beach sand may be used to create an interesting texture in a landscape or to represent itself within a seascape. Dried grass, twigs, leaves and ferns have also been known to appear in my landscape paintings.

In much of my work, I am drawn towards the sea and bleakest parts of Cornwall and the Peak District, making the point of interest the horizon where the contrasts of colour, texture and the ever changing light over water enable me to create work with drama and emotion. Most recently I have started an ongoing project called 'Woodland Light', producing a body of work on The New Forest and Sherwood Forest.

I rarely include people in my paintings as I hope the observer can experience a feeling of remoteness and sense of place. Where figures do appear, this is usually to provide focus and scale to my work. 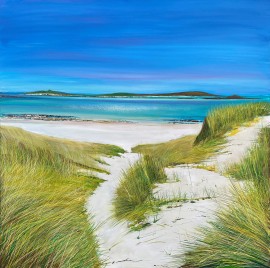 To The Scilly Beach 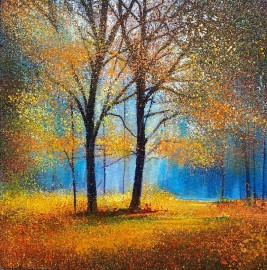 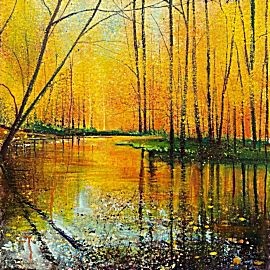 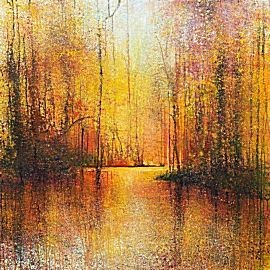 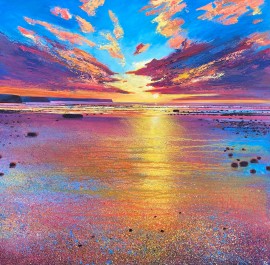 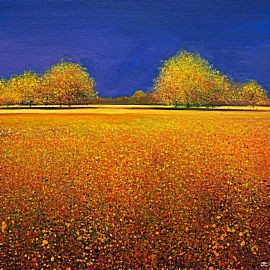 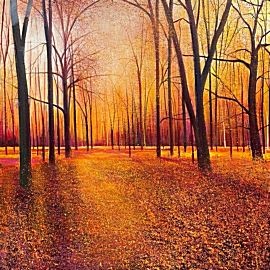 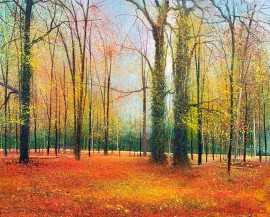 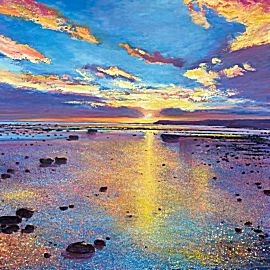 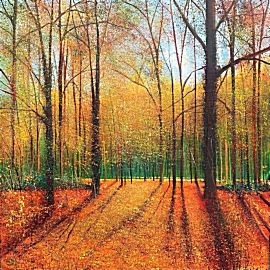 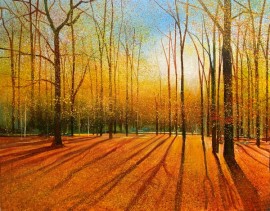 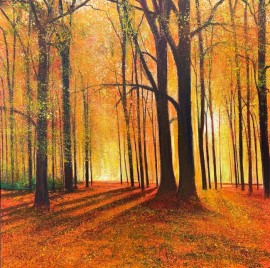 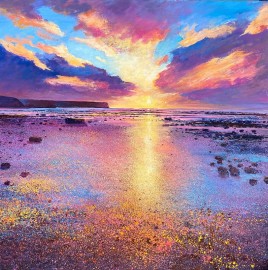 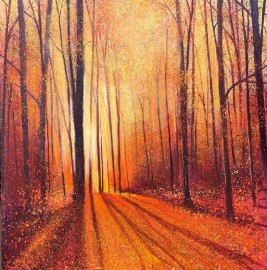 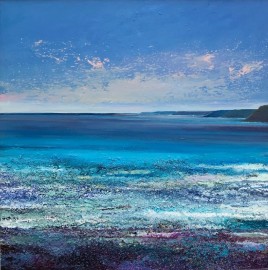 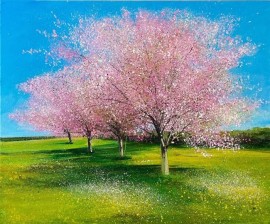 I Love this Time of Year 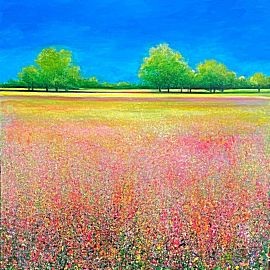 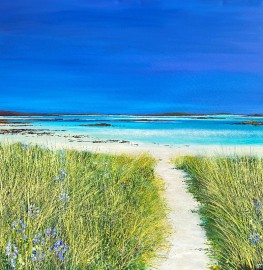 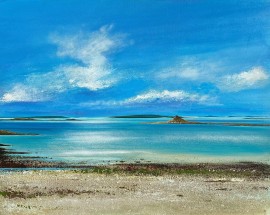 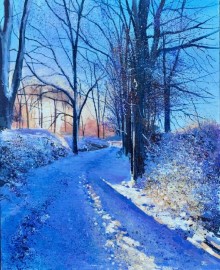